We are happy that we had the opportunity to make this wonderful journey and see so many different faces of Italy!

Our first stop was in “Milano”, a beautiful city with a very high temperature and a lot of mosquitos. We visited the dome, the castle and the “Arco di Pace”. We also did some shopping – not the best idea for the first day of our trip!

When we arrived in Torino we already saw that the city of Torino is very beautiful. Our hostel, the Bamboo Eco Hostel, was also very good. There were many people from all different countries around the world. We went to a market which was very cool and there we bought our lunch. We also visited the inner city of Torino with its old beautiful buildings.

In Genova we only stayed for one night. But it was also a beautiful city. The beach wasn’t that beautiful but it was okay. The view from the View point above Genova was very impressing.

We stayed for 2 days in Pisa on a Campground, that was only 5 minutes away from the “Torre di Pisa” by foot. The Campground was very nice. The city of Pisa was also very fascinating: like why does the tower stays in this position even if it isn’t standing straight? We enjoyed the time relaxing at the pool.

In Florence we stayed in an hostel that was not good, actually the worse we had so far. But the city of Florence was so beautiful. We visited the dome, the “palazzo vecchio” and also many other things. Florence is a city that everyone should go to once in his lifetime! 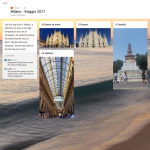 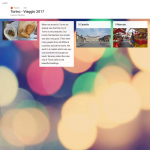 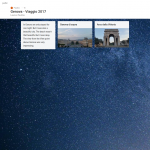 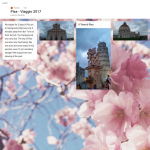 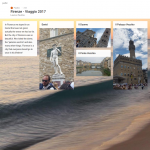 We stayed 2 days in Siena. Our hostel was situated outside of the center but it took us only 20 minutes to walk into the inner city. Siena is a very beautiful city with sweet little streets and beautiful old buildings. It was very nice that there weren’t that many people as in the city before, at least it seemed like this 🙂

Perugia was a very beautiful, old city on a mountain. Getting to the city center, we had to take the minimetro, which was a new and funny experience. In Perugia you have a wonderful view on the surrounding of Perugia at night and day. At saturday evening the whole city center was filled with young people and there was a special atmosphere.

Due to the fact that we’ve already stayed one week in Rome a year ago, we didn’t go to all of the attractions in Rome. It was an advantage because it was about 40°C outside. But Rome is one of the most beautiful cities in Italy and you can always find a new spot by walking through the streets. We walked about 20 km, but it was worth it.

We stayed in Sulmona due to the fact that we had an exchange during school with Sulmona and we wanted to see our friends again. Sulmona is a little beautiful city surrounded by high mountains, “gli Abruzzi”. In every corner of Sulmona you can buy the tipical “confetti”. We enjoyed our stay a lot because we met many friends and enjoyed our throwback to the exchange!
Der Reisebericht von Laura und Paulina

In Bologna we stayed the longest time of ouf journey. There were many cars and much traffic. The temperatures almost 40°C outside, so we couldn’t walk around as much as we did before. For us Bologna wasn’t the most beautiful city we’ve been to but the tipical “spaghetti bolognese” were very good. We also liked the weekly market on the “piazza”. 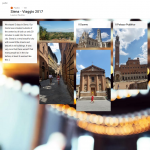 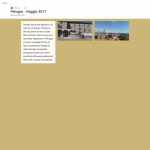 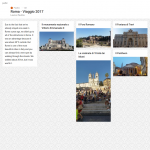 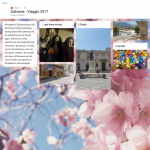 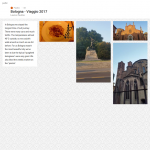 We were happy to stay a few days at Lake of Garda to relax a bit from the high temperatures in Italy. We enjoyed swimming in the lake and walking through the streets of Peschiera del Garda, which were very beautiful. It was the first in a long time that we saw so many german people in one place.

Our 12th stop was in Verona, the city of Romeo and Juliett and the city of love. We stayed in a hostel that was situated bit outside the inner city, but it took us only 15 minutes to get to the “Ponte Scaligero”. We visited also the Arena of Verona, the old castle, the “Casa di Giulietta” and her balcony. Verona was very filled with people from all over the world. Although we walked a lot, we enjoyed our stay in Verona.

Padova was our second last stop before going home. Although we only stayed here for one day, we walked through a big part of Padova, which impressed us. We liked the flair of the city with its silence and its old buildings.

Our journey took its end in Venice. Walking outside the train station and already saw the “Canale Grande”. We needed to take the waterbus, which was very expensive, to get to our hostel which was situated on the “Giudecca”. In Venice we visited the “Piazza di San Marco”, the “Ponte dei Sospiri”, the “Accademia” and the “Ponte Rialto”. Due to the long walks which are needed to see Venice as a whole it is good that now we have the time to relax a bit at home. 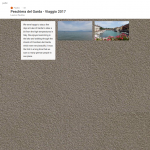 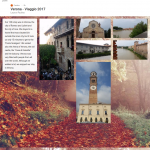 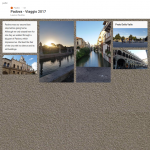 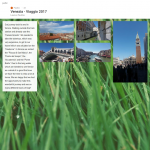