Although we really enjoyed our time in Italy we look forward coming home. We want to thank Mrs. and Mr. Heimann again for this amazing opportunity to make this trip trough Italy and get a new perception of Italy. Thank you !

Our first stop was Verona. It is a charming old city with a few buildings from the 14th century. The first challenge we faced was: getting to our hostel as it is 10 km away from the city centre (In Pedemonte). On our first day we went into city of Verona and visited most of the major sites including a vantage point called “Castel San Pietro”. Tomorrow we’re planing to go to the “Lake Garda” since it is extremely hot with temperatures up to 41°C.

Today started out with a surprise. Our train to Venezia (regional) was surprisingly pleasant. Unfortunately we’re just one day in Venezia because we already felt in love with that city. We spent the evening exploring the city and the character of it. The San Marco Plazza was totally amazing. The fact that everything is based on the water was a little bit confusing at first but we got the hang of it pretty quickly.

Ancona is a Seaport with a beautiful centre with lot of opportunities to go shopping.The beach nearby in “Mezzavalle” was just marvellous as you can see in the pictures down below. Our roommate “Enzo” was nice but a bit strange/crazy as well. We found a pretty restaurant up the hill, from where our hostel was placed at. Where we had a nice view over the whole harbour and parts of the mountain sites as well as the city. 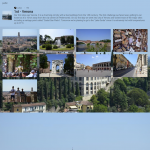 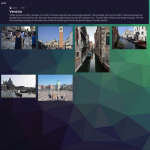 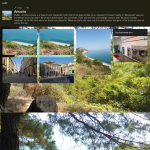 Rome is beautiful large city with a lot to explore. The historical and religious character of the city is represented in all of its major sights. The Colosseum was stunning and inside we could feel the connection to the historical events that happened within. After our stop, Rome feels like a Christian pilgrimage city with all the religious influence within the city itself. Apart from that our hostel was the nicest so far and we met a lot of nice people there.

Florence is a beautiful city in which you can really feel the influence Art had an still has on the everyday life of the inhabitants. We especially enjoyed the “Giardino Boboli”, because of the incredible view over the city and the landscape as you can see in the pictures down below. We also got lucky as there weren’t that many people. Our hostel was pretty nice expect for one night we were woken up by the incredible loud sound of the fire alarm. It took us a second to realize that it might be better to get out of bed and leave the hostel as we were still a bit sleepy. But fortunate enough it was a false alarm and we could continue to sleep in less than 30 minutes.

Massa (The Town of Marble) was the last stop of our journey through Italy. Massa is situated right in the mountains and our hostel was located in a nearby settlement on one of those mountains so we had an amazing view over the city of Massa and the landscape around it. All over Massa and nearby towns there are little factories which process the marble harvested from the mountains. Marble plays a huge role in the economy and the design of the cities as a lot of buildings use marble as decoration and even the sidewalks are partly marble. 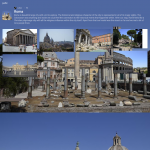 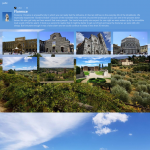 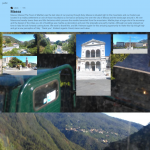